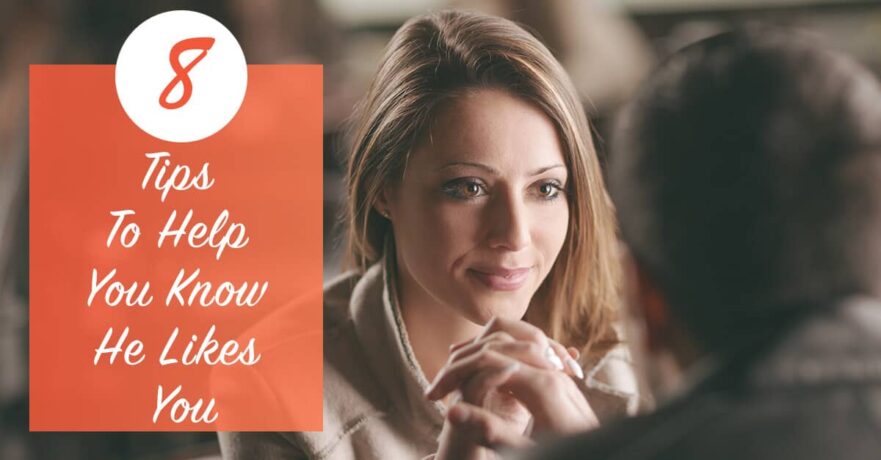 When you’re in the new stages of a relationship, it can be difficult to tell whether he really likes you. Men frequently give women mixed signals, which are confusing and frustrating. It’s best to take a look at our list of ways you can tell he is really into you before making any commitments. 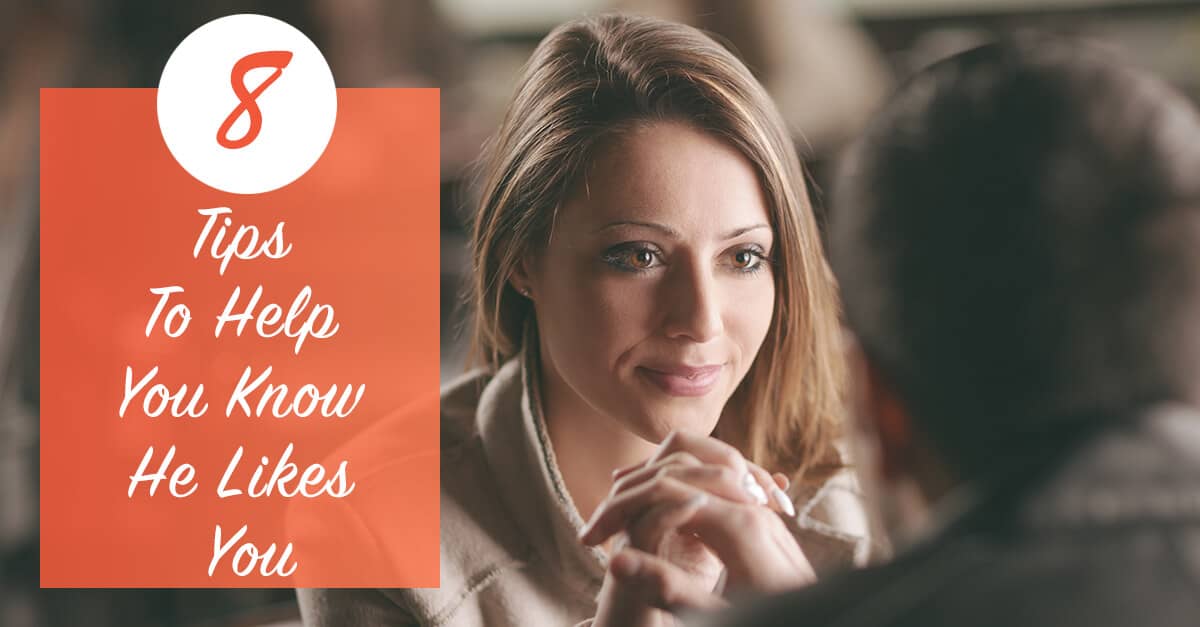 Looking for the ways a guy really likes you can be challenging. People aren’t always the most direct with their feelings. Many people are shy and feel uncomfortable with sharing the innermost parts of themselves. Many of these tips are subconscious signs, like body language or whether he’s flustered when he’s around you. Others are conscious choices, like wanting you to meet his friends or sharing a lot of good stories from his childhood.

8 Helpful Signs That He’s Really Into You

It’s a good sign if he wants you to become part of his life, not an addition on the side. Ideally, he should want you to meet his friends and maybe even his family.

Figuring out whether he really likes you shouldn’t be a huge challenge. If you think about these signs, you might have an easier time telling people who are really interested in a relationship apart from people who are only up for some short-term fun. Here are the top eight signs he looks at you as more than a passing fancy.

1. He Always Returns Calls and Texts

You shouldn’t have to chase him around to get him to respond to your messages. Ideally, he should get back to you within a reasonable amount of time. Don’t expect instant responses. Everyone has other things they need to get done. If he really likes you, he’ll sound excited just to hear your voice. He won’t put you off by sounding bored. He’ll listen to what you have to say.

When you are in a new relationship, it’s common to want to talk to him 24/7. He’ll be the first thing on your mind night and day. If you get the sense that you are an afterthought for your new love, that might be a bad sign for the future of your relationship.

2. He Wants You to Meet His Friends

If you’ve been dating a guy for a little while and you haven’t met any of his friends, this might not be a good thing. In an ideal world, you will fit right into his group of friends because the two of you are so compatible. If he can’t picture you with his friends, he might not be thinking of your relationship as long-term.

Of course, you won’t always love all of his friends, and you don’t have to. A cordial relationship is all you need, though it would be great to bond with one or more of them during your time with your boyfriend. If he is purposely keeping you away from meeting his friends, there must be a reason, and it probably doesn’t bode well for the two of you.

Body language is an excellent sign to watch out for in a new relationship. It’s usually done unconsciously, so there isn’t a chance of faking this sign of interest to lead you on. When he’s listening to you, does he lean closer as if to catch more of what you’re saying? Does he point his feet toward you when he’s sitting? These are two good signs. Does he cross his arms or lean back when he’s talking to you? This may not point toward a rosy relationship future for the two of you.

4. He Gets Flustered Around You

This is an adorable sign to watch out for. If he stumbles over his words and gets visibly nervous when he’s talking to you, it may be a sign that he’s really excited by your new relationship. Having butterflies in his stomach is a sweet way to show that he is really into you. It’s also a good sign if a guy who is normally shy and quiet likes you enough that he is pushed out of his shell to pursue you. It’s true that the shy ones can make the best partners.

5. He Uses A Lot of Physical Contacts

Even if you haven’t been to the bedroom with him yet, it’s a positive sign if he is always showing you physical affection. Little things like brushing a hair off your shoulder or touching your arm when you talk show that he wants to bring you closer. Some guys are shy about PDA, but he should be comfortable holding your hand in public. If he isn’t, he may be holding something back from the relationship.

6. He Tells a Lot of Stories and Wants to Listen to Yours

When a guy really wants to get to know you, he’ll tell you a lot of stories about his childhood and about his friends. He wants you to understand him and know what makes him tick. Of course, this can go too far if he only talks about himself. A relationship shouldn’t be a one-way echo chamber. If he wants to hear all of your funny adventures or your childhood stories, and if he encourages you to share, this is a sign that he wants to get to know you better.

When a guy wants to watch your favorite TV show with you or do your favorite hobby with you, this is a great sign that he’s interested in moving the relationship forward. Stepping out of his comfort zone shows that he is ready to be your partner. Sharing your favorite activities is a way to show that he really cares about you. Even if you don’t have any interests in common when you first get together, getting to know each other’s favorite things will bring you closer as a couple.

When a guy is ready to tell you that you’re the most beautiful person he’s ever seen, this is sweet and may show that he’s ready for a commitment. If he notices little changes you made in your appearance, like a haircut or new makeup, he’s really paying attention to you. Being observant is a great trait for a significant other to have. Not noticing these things may show that he’s not interested in going any further with your relationship.

8 Ways To Tell If He’s The One For You

These eight tips will help you understand how your guy really feels about you. Pay attention to his subconscious signals, and you’ll be able to figure out whether he thinks of you as a fling or as someone he wants to stay with for the long term.

It’s good to find a balance between someone who is scarily obsessed with you and someone who really doesn’t care one way or another. When you find a guy who really wants to be with you and is ready for a full commitment, you’ll have more satisfaction in your relationship.