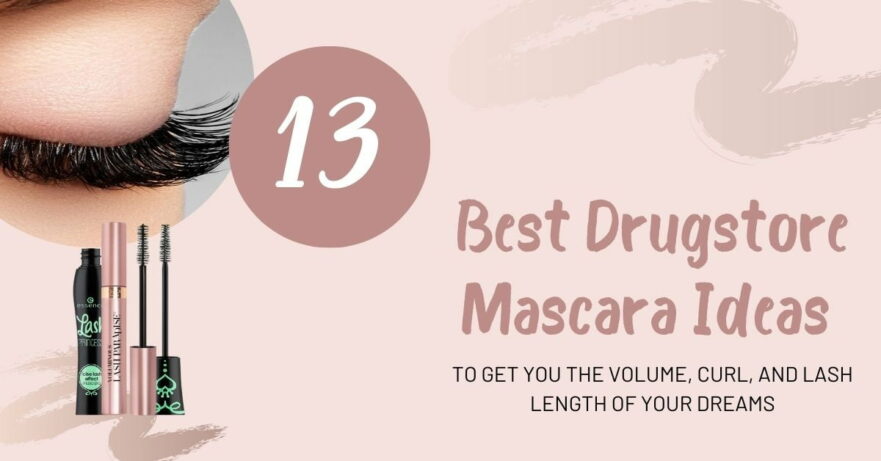 Any makeup-wearer knows that buying the best products can wear on our wallets over time; however, the best drugstore mascara out there might look even better than the $30 tube you’ve been purchasing from Sephora.

When you purchase mascara, you want to be sure that the product will last all day– especially if you work long hours, and like to look your best until you leave the office. Nobody likes mascara that flakes off and leaves tiny flecks all over your upper and lower eyelids. In addition, mascara-wearers like to know that their product won’t clump, make their eyelashes stick together horrifically, or resist drying (thereby leaving black marks on the upper eyelids). Finally, anyone who wears mascara daily wants the best product which will lengthen short lashes, volumize thin lashes, and hopefully even condition the lashes’ roots, leading to longer and fuller natural lashes over time.

13 Exquisite Drugstore Mascara Ideas for Refined Women on a Budget

It’s true that many expensive mascaras can easily deliver on all of the above points. However, a tube of mascara only lasts three months before it goes bad; that means buying a brand-new tube four times a year. Not everybody can (or wants to) spend $30 on a new tube of mascara that often, and that’s understandable– luckily, there are some incredible drugstore brands that are stepping up to Sephora-like standards for half the price (or often much less).

Below, we’ve picked out thirteen of our favorite top drugstore mascara brands. These are the best drugstore mascara products that countless makeup-wearers have tried, tested, and reviewed, and we’ve consolidated their opinions here so that you can find the best affordable mascara for you! 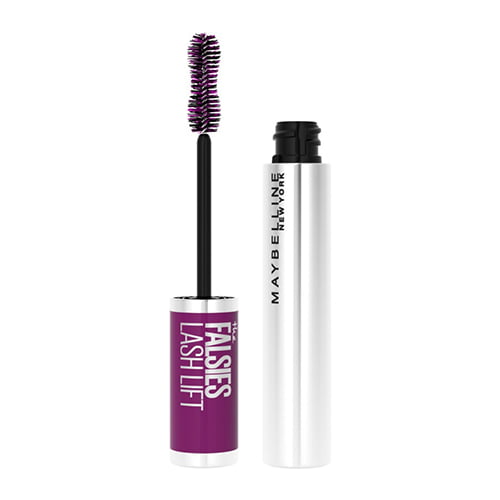 The Falsies Lash Lift, which comes with a double-curled hourglass-shaped wand, is notable for its curling effect; reviewers exclaimed that this mascara kept their eyelashes looking curled and full, without even needing to use a lash curler. In addition, some people noted that this mascara– as opposed to other drugstore mascaras– does not smudge. 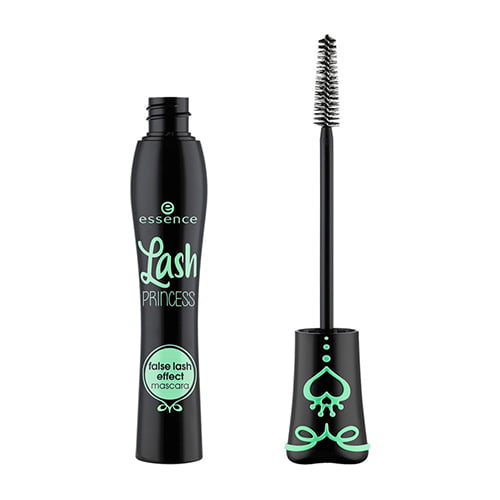 One of the most affordable items on our list of best drugstore mascara, the Essence False Lash Effect allegedly draws compliments all day long. People who normally wear false lashes claim to not even need them when using this product! In addition, reviewers noted that this mascara doesn’t crumble and fall off during all-day wear, as opposed to other inexpensive mascaras which create little black crumbs on the wearer’s cheeks after a long day. 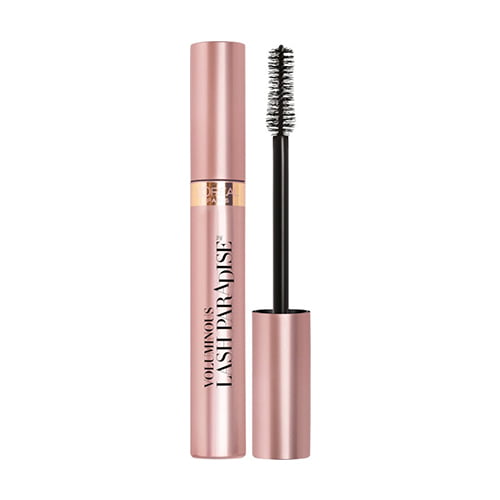 If you regularly wear mascara, you’re likely no stranger to the concept of red, watery, irritated eyes– and you search endlessly for makeup that won’t hurt you! The L’Oreal Lash Paradise mascara may be the end of your search; reviewers of this best cheap mascara mentioned that it doesn’t hurt their eyes as other products do. Apart from this, wearers also found that this mascara doesn’t make their eyelashes stick together, as opposed to other drugstore brands! 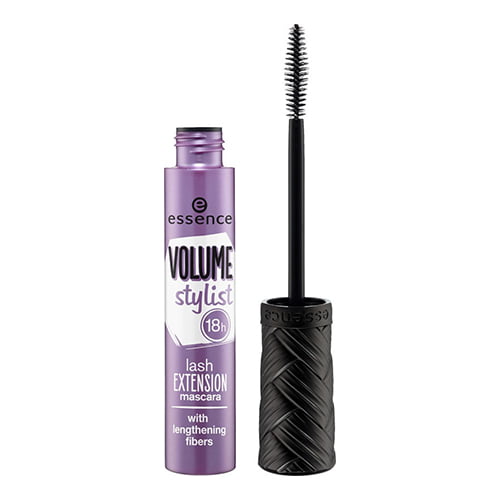 Another extremely inexpensive option, the Essence 18hr Lash Extension mascara has been found to stay put for just as long as expensive brands found on the top shelf at Sephora– and for only five dollars a tube. Reviewers also mentioned that this mascara builds easily, meaning that you can apply multiple coats of product to extend your lashes longer, or use only one layer to keep them short and low-key. 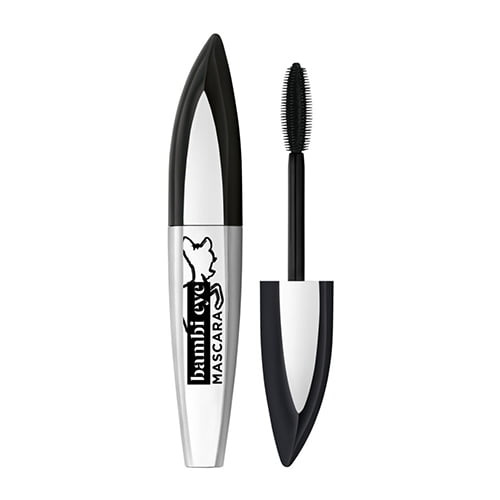 The idea behind the “Bambi eye” mascara is that it supposedly gives you the look of wider, fuller eyes– similar to the character Bambi in the Disney movie of the same name. This is, in fact, the case, as reviewers have stated about one of the best cheap mascara products! Those who loved the Bambi Eye mascara said that the product made their lashes luxuriously thick and full; at the same time, reviewers also mentioned that this mascara is a breeze to remove. 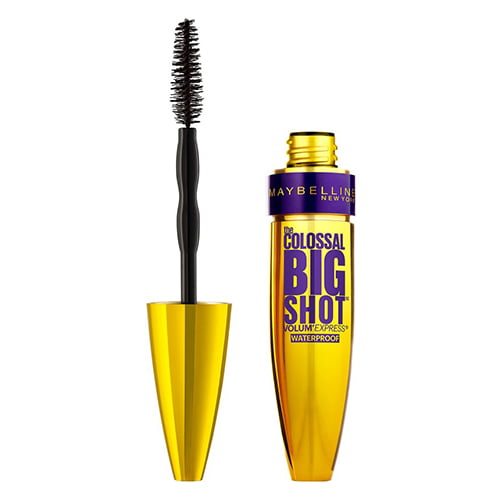 What reviewers noted about this best drugstore mascara was the intense volume boost. Furthermore, those with straighter lashes claimed that this product helped their lashes to look more curly, eliminating the need for an often-painful lash curler. This specific product is the waterproof version, which, according to reviewers, holds up extremely well even while swimming or in a hot shower. 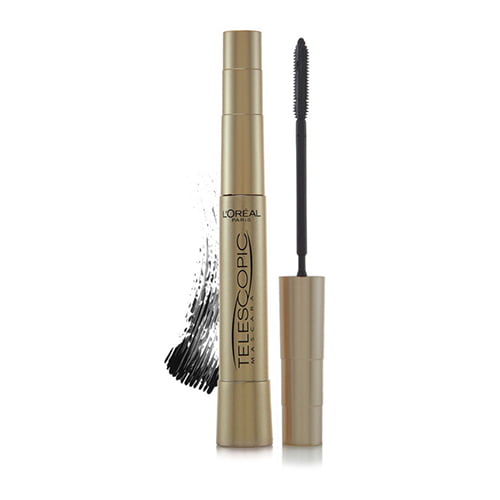 For mascara-wearers with short or thin lashes, you may regularly experience having to wear multiple coats of mascara, and even using one brand of mascara for your bottom coat, and another brand for your topcoat. According to reviewers, with the L’Oreal Telescopic Mascara, that will be a thing of the past. Allegedly, this top drugstore mascara will coat, lengthen, and thicken your lashes with ease after one pass, with buildable coverage if you’d like to grow them even longer. 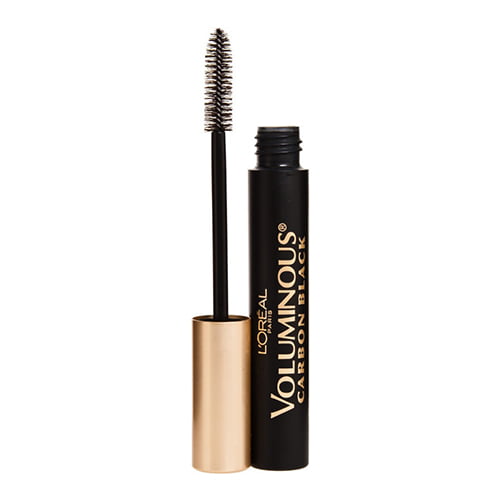 Reviewers of the L’Oreal Voluminous Carbon Black mascara noticed that this mascara was the blackest black of any product they’ve ever used. If you’re one who likes to have a deep black, almost eyeliner-like lash look, this is the product for you! This mascara has a built-in lash conditioner, too, which means that using it daily will keep your natural lashes looking thick, long, and healthy.

9. NYX On The Rise Volume Liftscara

This NYX mascara, one of the best drugstore mascara products, may have the most raving reviews of any mascara on this list; many reviewers said that this product will be their lifelong go-to lash look. Why? According to reviewers, this mascara is perfect for those with short eyelashes who would like an extra length and volume boost. What’s more is that many people stated that it only takes one coat of this makeup to build lifted, voluminous lashes. 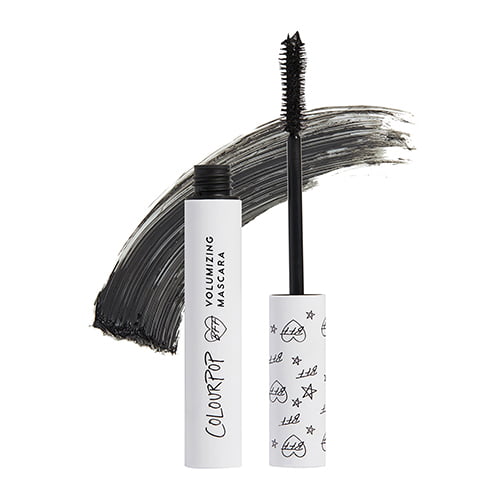 What stands out about this unique mascara is that it separates your lashes easily– hopefully, for you, this means no more running through your lashes with that sharp, pointy lash comb, again and again, straining to separate out all of those clumps. Also, the BFF mascara comes in bold shades: not just black and brown, but blue, purple, and red, as well. Use this mascara if you’re hoping to make a statement! 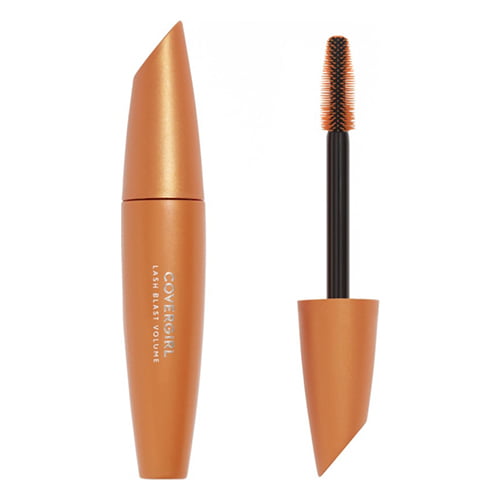 L’Oreal’s Makeup Unlimited mascara comes with an interesting perk: the wand is bendable and has a wide, tapered base. This not only makes it easier for you to grip the wand, but it also ensures that you get a full application, even on short lashes or in those hard-to-reach outer corners. Likewise, reviewers noted that this mascara is gorgeously clump-free!

One of the best drugstore mascara brands, the Maybelline Sky High mascara stands out because of its length boost; if you’re a mascara-wearer with short lashes, or simply someone looking for length over volume, you may want to try this product out! Many reviewers mentioned that their lashes have never appeared longer with any other drugstore mascara; they also said that this mascara does not clump or flake. 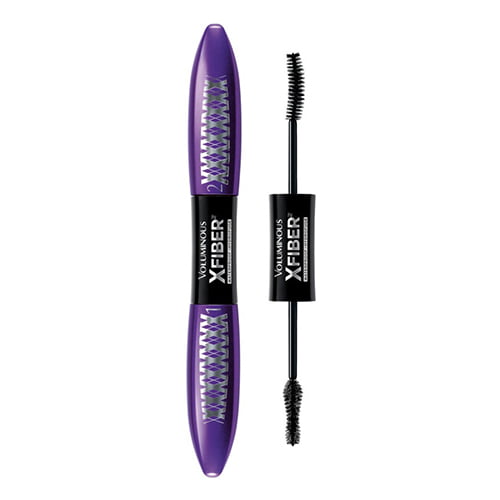 When you first see L’Oreal’s X Fiber mascara, you’ll immediately notice that it features two wands, instead of one; one wand is curved, while the other is hourglass-shaped. This mascara is actually two products in one: a primer and a topcoat. It’ll prime and condition your lashes first, and then add volume and length in the second step, which reviewers noted was absolutely smear-proof, even when worn all day long.

Is it worth buying expensive mascara?

While many people only buy more expensive products, there are some options in the lower price brackets that work well. You'll want to make sure you do your research, but you don't have to break the bank to find the perfect mascara.

How do you know what mascara is best for you?

Not only do you want to look at the wand and brush, but you'll also want to get some feedback. Once you've narrowed your choices down, the easiest way to find the best product is by using them and comparing the final results.

What is the best way to apply mascara?

The proper way to apply mascara is by first looking upwards. Next, you'll want to put the brush against the base of your eyelashes and move it back and forth to coat that area. You'll then move upwards to the end of your lashes and repeat until everything is coated.

How many layers of mascara should you put on?

If you want a minimalist look, then you would do fine with just one or two coats. Those that want more luscious and full lashes will want to have between three and five. Any more than five isn't really recommended and can cause clumping.

How do you wear mascara without clumping?

The easiest way to ensure your mascara doesn't clump is by making sure you aren't getting too much product on the wand. You'll also want to avoid doing things like adding water, not wiggling the wand, and pumping the wand multiple times.

So, it goes to show that whether you need the length, volume, conditioning, lift, lash darkening, or all of the above, there’s a top drugstore mascara out there for you– all you have to do is search your local CVS or Walmart. Next time you’re out of mascara, don’t worry about spending upwards of $30 for a new tube! Plenty of the best cheap mascara brands are right there in your local grocery store, and they’ll do exactly what the most expensive mascaras do– for as little as $5 in some cases. Makeup-wearers on a budget, now, you can get that catwalk look for less! 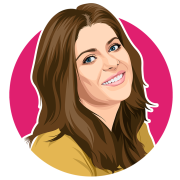 Victoria is an ex-makeup artist and full-time assistant editor at TheCuddl. Even though she stopped working in the industry, makeup remains Victoria’s main passion alongside blogging. Now she combines these passions in order to help people discover a wide variety of classy and fresh makeup styles. Her family and dogs are Victoria’s biggest sources of joy, but the fresh smell of pastry comes in a close second. Whenever she’s not typing at the keyboard, Victoria spends most of her free time testing new makeup products, watching movies, and drawing. See all articles from Victoria.